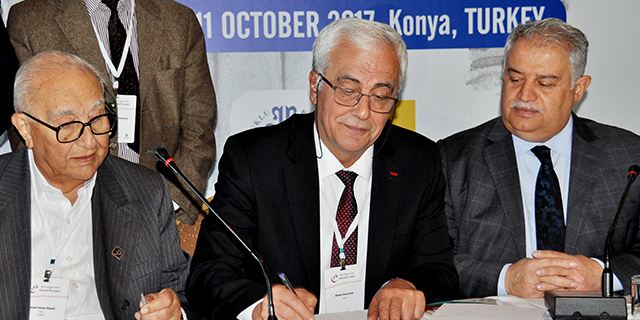 A Cooperation Agreement Has Been Signed Between TÜBA and IAS

“Bilateral Cooperation Agreement” has been signed between TÜBA and Islamic World Academy of Sciences (IAS) on October 11.

TÜBA President Prof. Ahmet Cevat Acar stated that “One of the important functions of TÜBA is to establish and develop international scientific relations and cooperation. Within the scope of this function, which can be defined as diplomacy of science by TÜBA, the number of academies that have formed bilateral cooperation has reached 33 and the number of “inter-academies associations” has reached 12.