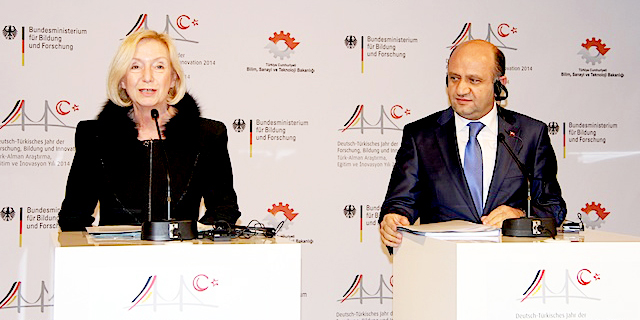 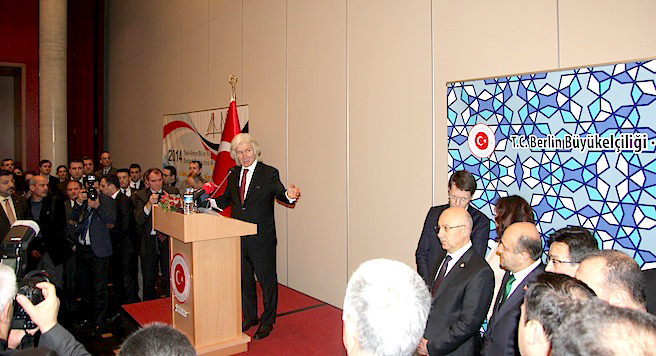 Minister Fikri Işık: “One of the first country Turkey will appoint Science Attach will be Germany”
Minister Işık in the press assembly held under the content of Turkish-Germany Science Year, appealing attentions to historical dimension of very strong relations between Turkey and Germany indicated that this has constituted a significant framework in two nation’s relations.
Işık stressing the fact that within both nation’s academicians, universities and research centers they seek out to foster cooperation, official opening ceremony of Turkish-German University in that year; in addition to strong diplomatic relations between Turkey and Germany, in association with the relations in alternative branches they strive to elevate science and technological interactions, stated out that as Turkey the first country they will assign a scientific attach will be Germany, in due course, between Germany and Turkey in the field of science and technology relations shall be more reliable and healthy.
Minister Işık, indicated the fact that in Turkey there are more than 5,500 German enterprises some portion of these enterprises possess Re&De centers and science year activities shall impose important function and shall more hasten technology transfer process.
Işık pointed out that, newly generated new research and project contents in the field of science diplomacy shall provide depth between two states said that “Automotive, chemistry, bio-technology, nano-technology, logistic, renewable energy resources, brain drain and climate change relevant thematic topics shall be explored under the content of studies”.
In the pursuit of the slogan of "Science Unifies Nations” in Turkey and Germany activates will be organized
Minister of Germany Education and Research Johanna Wanka stated out that also in association with universities, scientific institutions and auxiliary institutions, stressing the fact that they have activated Turkish-Germany Science Year, “For long years between Germany and Turkey in that field intense relations are executed. Stated out that, I long for to remind that during the era of national socialism predominantly from Germany obliged to exile German scientists could have opportunity to have asylum in Turkey”.
Under the scope of Turkish-German Science Year Wanka reminding that this year plenty of activities shall be handled, closing of the activities will be in Turkey by the year 2015 in January.
Wanka indicated that this year in İstanbul pointing out that opening ceremony of Turkish-German University shall be realized and to that university German President paid too much sensitivity.
Organized in compliance with the scope of the slogan "Science Unifies Nations" in terms of organized science year in Turkey and Germany alternative activities shall be realized. In that respect, based on partnership between TÜBA and German National Academy Leopoldina also common scientific activities will be realized.