TÜBA President Prof. Dr. Ahmet Cevat Acar said in his statement: “The awarding of outstanding scientific achievements is one of the most important functions of science academies around the world. In this context, we, as the national academy of our country-TÜBA, announced our “International Academy Prizes” in last month. Today, we are explaining the winners of GEBİP and TESEP Awards. At the end of a rigorous evaluation process in 2018, 37 outstanding young scientists from 23 different universities were awarded TÜBA-GEBİP Award by the Academy Council. Seven Scientific Authored books in Turkish, two of them as authored book, one of them as Halil İnalcık Special Award and four of them as honorable mention, were awarded with TESEP Award. This year, we will have given a total of 48 awards together with four International Academy Prize. Thus, the number of scientist and works with TÜBA awards rose to 689, 196 of which is TESEP, 480 of which is GEBİP and 13 of which is International Academy Prize. The 2018 TÜBA International Academy Prizes, GEBİP and TESEP awards, which have a special and respected position in the scientific world, will be given to the owners this year with a ceremony held under the auspices of the President. I would like to congratulate all the winners of the award and thank our academicians, scientists and employees for contributing to the awarding process and our national and international stakeholders. I would also like to express our gratitude to the President for his high auspices.

President Acar also stated that the 2019 TÜBA-International Academy Prizes, TÜBA-GEBİP and TESEP Awards will be started to collect applications in the coming days.

The GEBİP Award Winners are paid 20.000 TL for each year for three years. Also, the active GEBİP winner is supported up to 6.000 TL for doctoral students for using in the thesis phase and up to 4.500 TL for the national and international scientific meetings for three years. In addition a support is also provided for participating scientific conferences and events. 20.000 TL as a monetary award for authored books and Halil İnalcık Special Award, and 7.000 TL as an honorable mention award are provided within the scope of TESEP. 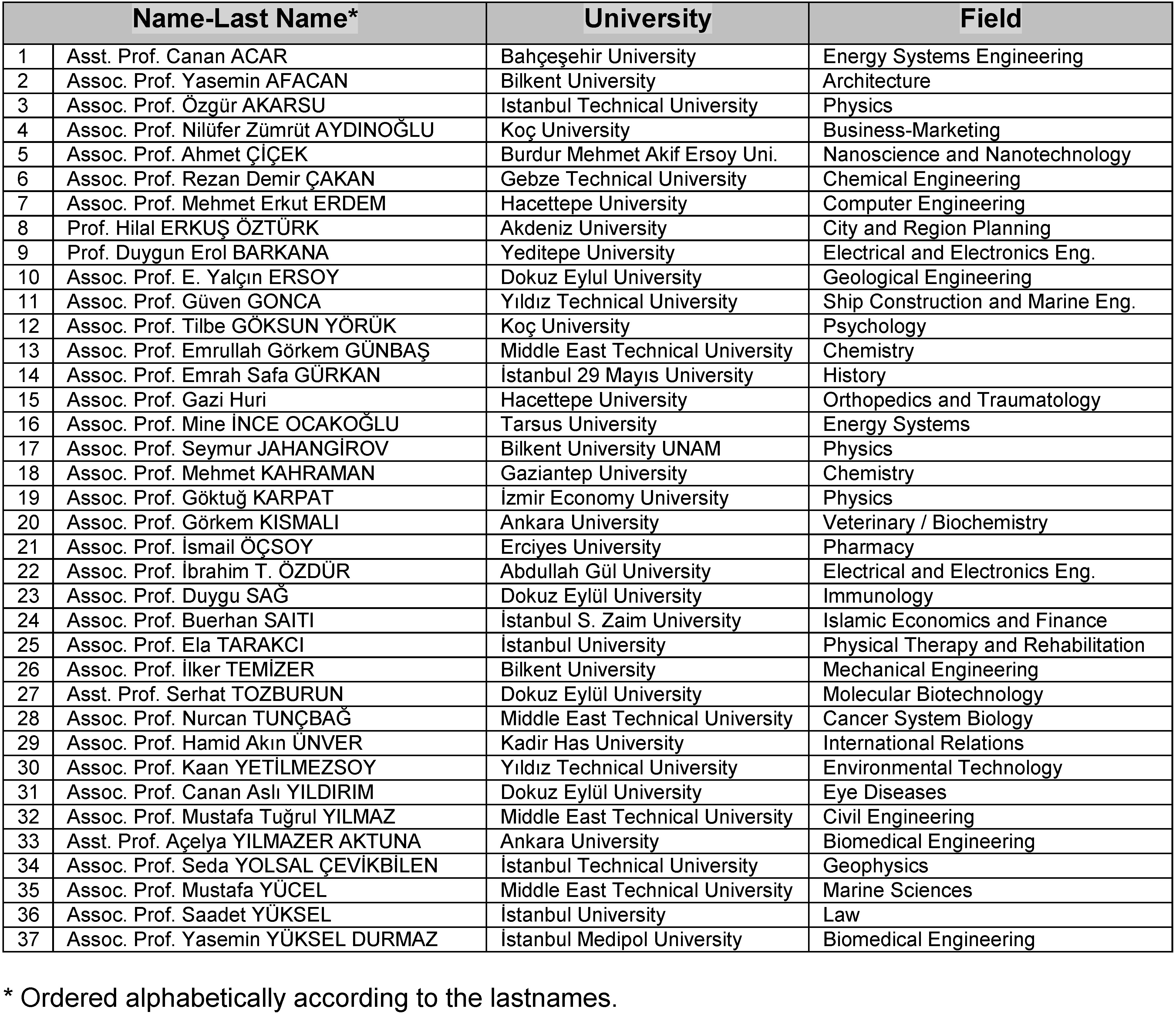 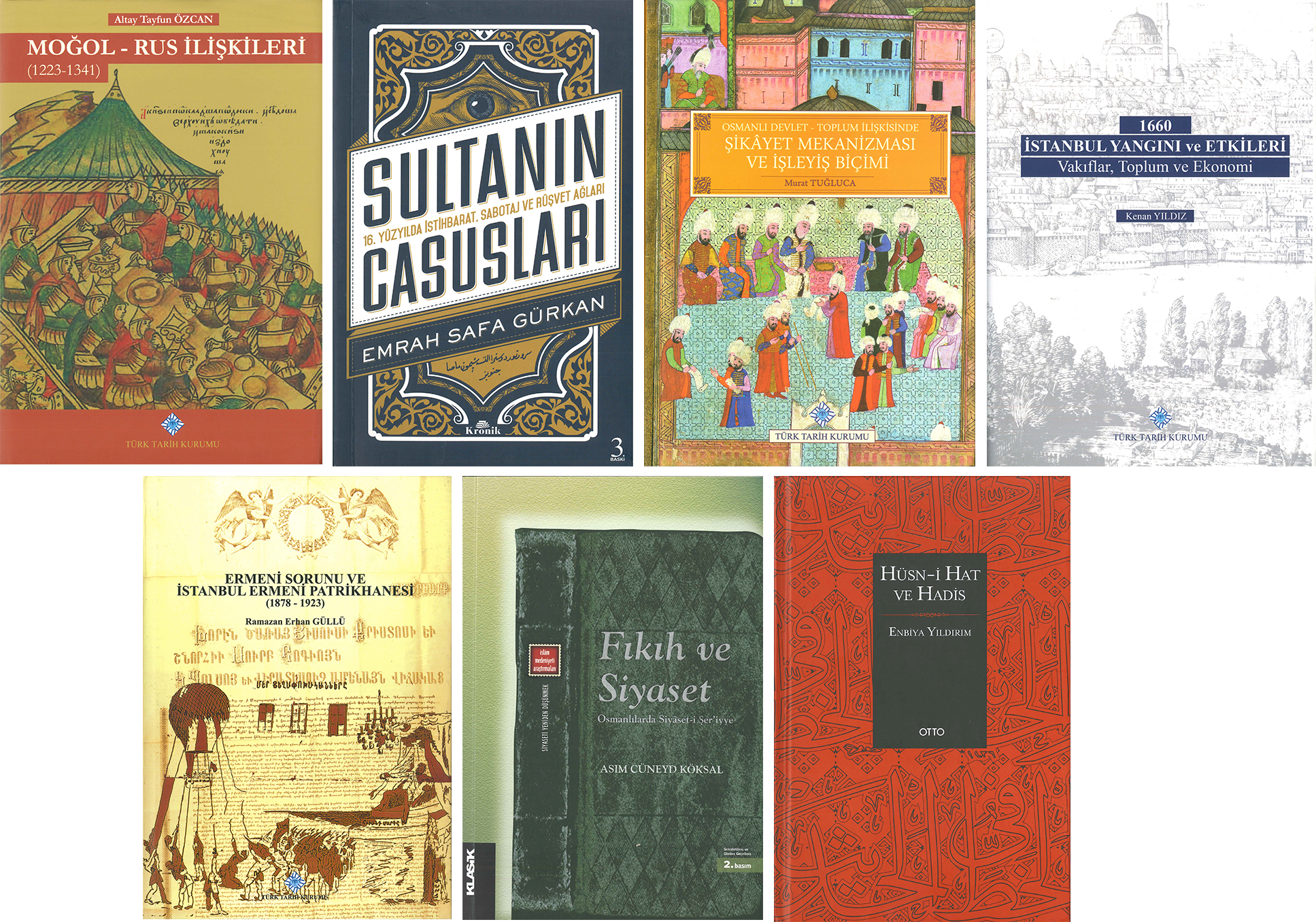 Bold Luvsandorj, of Mongolian Academy of Sciences, received the prize, together with Viorel Panaite, in Social Sciences and Humanities in recognition of his works in Turkic and Mongolic languages, the links between them and especially in the Uighur-Uriankhai and Sayan languages.

Viorel Panaite, of University of Bucharest, received the prize, together with Bold Luvsandorj, in Social Sciences and Humanities in recognition of his works in Ottoman conception of international law, especially law of war and peace and the Ahdnames.

Jackie Y. Ying, of NanoBio Lab, Singapore, received the prize in Basic and Engineering Sciences in recognition of her works in the synthesis and applications of advanced nanostructured materials for biomedical, catalytic, energy and advanced materials applications.

TÜBA Academy Prizes are annually given, in three categories, to nominated scientists with original, leading and path-breaking works in their fields. Nominations are made by TÜBA members, science academies in the world and other science institutions and scientists invited as nominators.

The Academy Prizes comprise an Academy Medal and prize money of USD 30.000 for each prize. The laureates will be awarded their prizes by his Excellency President Recep Tayyip Erdogan in a special ceremony to be held in the Presidential Complex.